We live in a place that is forever asserting itself, whether via its climate or its wildlife, or by knocking over trees or blocking culverts.  The place has its own agenda, its own friends and relations (they often arrive unannounced for tea) and it is quite possessive.

Recently we were celebrating a sacrament (coffee and biscuits) with a friend on Sunday morning when there was a knock at the door.   Outside, in the drizzle was a young woman we had never seen before.  She was waving a long cardboard tube.

‘You don’t know me but I’ve come on an adventure!’

She wasn’t after out souls or even trying to sell us something.

She was just another one of the people that our cottage-holding had sent for (it’s happened before!) 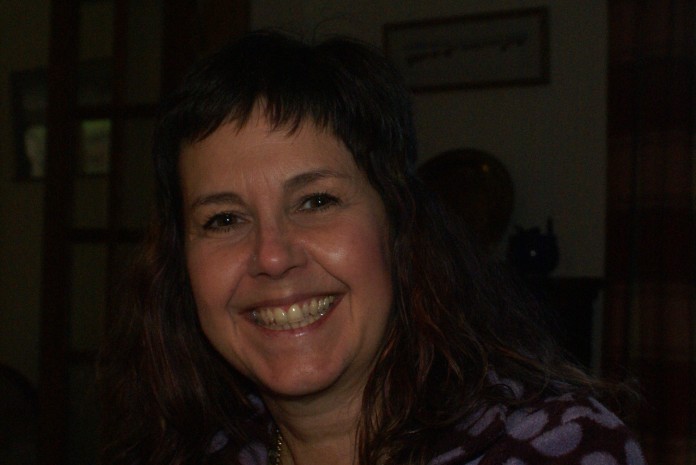 Deborah is an artist, and buys strange things at auctions that inspire her — she cuts them up and stitches them.  She had bought the map of our place — 1901 Ordinance Survey, at a sale in Leek, Staffordshire.  She’d bought it years ago but could never quite bring herself to cut it up.  It was personal to the house, you see; it had all the field names pencilled in, in Welsh, and even had the new well marked (circa 1980).

She couldn’t use it, and was passing within ten miles, so had brought the map home.  She couldn’t explain it and felt it was rather an odd thing to want to do but we didn’t — we know our home.  It doesn’t like to let go of things or people.  So we will hang the map, once framed, next to the horse brasses, the dresser, the polished pump-nozzle, the wooden rake and the photographs of past residents and their New-World descendants, who have visited  — all things that this sentimental old homestead has collected or reassembled since its original scant contents were dispersed at a farm sale in 2005.