I’ve done a lot of pointing in my time — that’s the hacking out of old mortar from ancient masonry and replacing it with fresh, new, lime mortar.  I like doing it — it’s very relaxing and, if you are not alone, you can chat in a particularly unguarded way, with your mind half on the methodical job in hand.

But look at this chap! 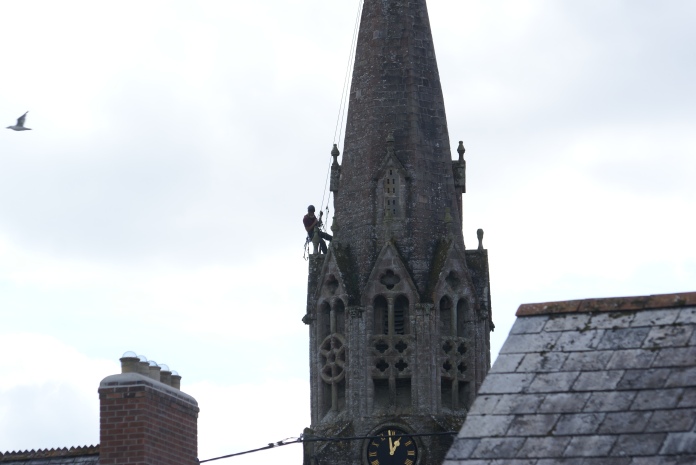 You can’t see his little pick in the photo but I could hear it.  And he didn’t stop there,  above the 700 year old octagonal lantern of the parish church of St Bartholomew, in Lostwithiel, Cornwall.

I don’t know how he got his rope to the top of the tower but here he is higher: 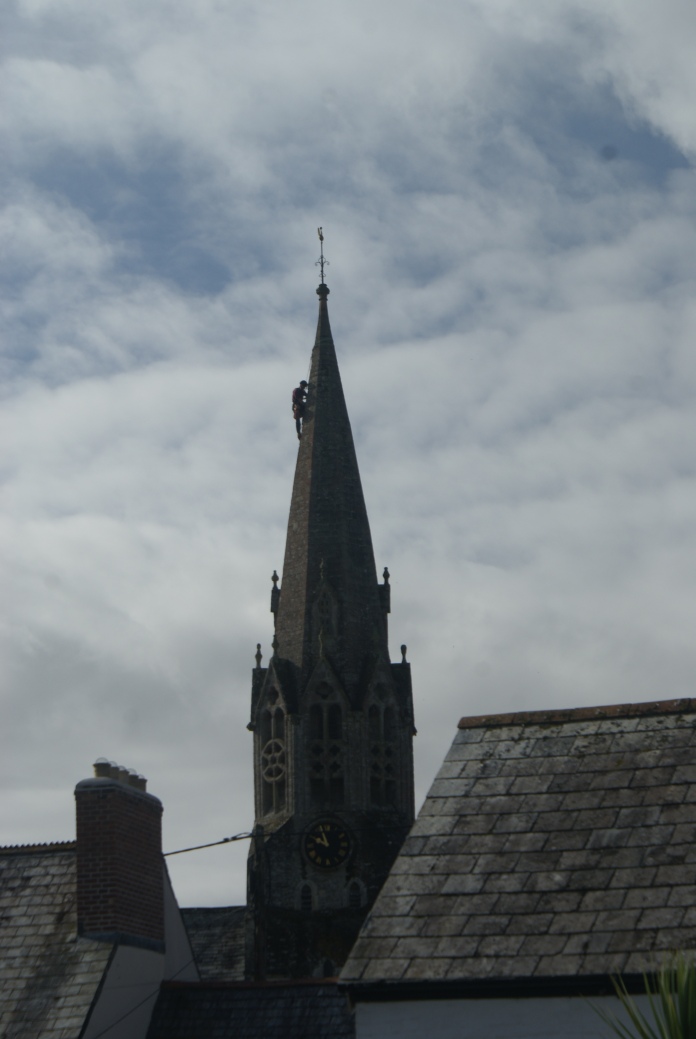 hacking at the mortar of the church, the body of which was built in the heyday of the town in the twelfth century when it was one of the most important ports in Britain — before the river silted up with the waste from streaming tin on the hills which, ironically, was the source of the town’s wealth.

It is no longer the capital of Cornwall — but a very picturesque and quiet village in which to enjoy a cream tea and watch the twenty-first century go by. 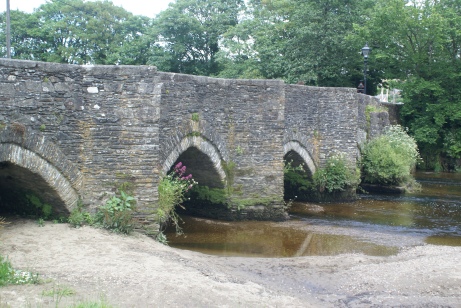 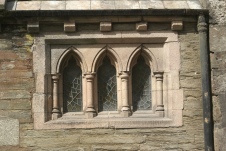 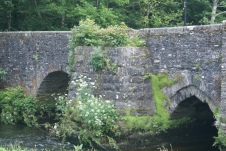