Years ago, long before we knew anything about sheep, fate presented us with an orphan lamb. 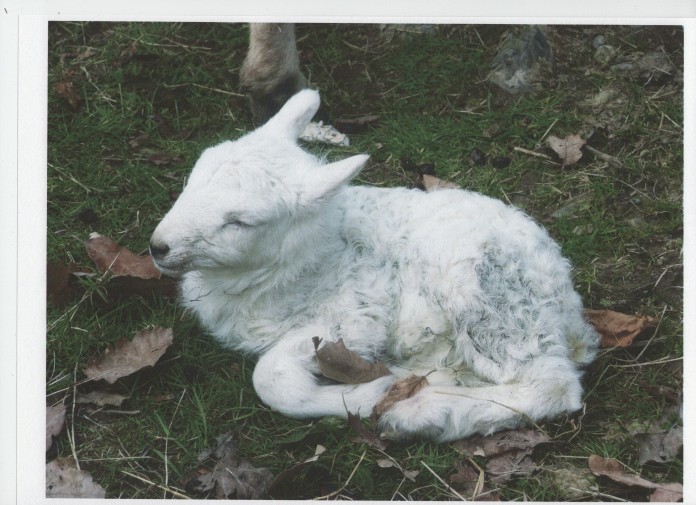 Here she is, still nameless and rather thin, at the foot of her ailing mother.  Our subsequent experience “bringing up Aby” (that is her name) forms the basis for some of my recent book, Iolo’s Revenge.

I don’t want to spoil the book for you but can tell you that it was a very steep learning curve and taught us a great deal that we had not previously realized about bonding, despite having five children!

And it’s not just humans that are suckers for baby things!  Here is Pedro our tough and, then, sometimes wilful, dog (who would kill an adult rat or rabbit in a trice) cleaning up Aby with puppy love. 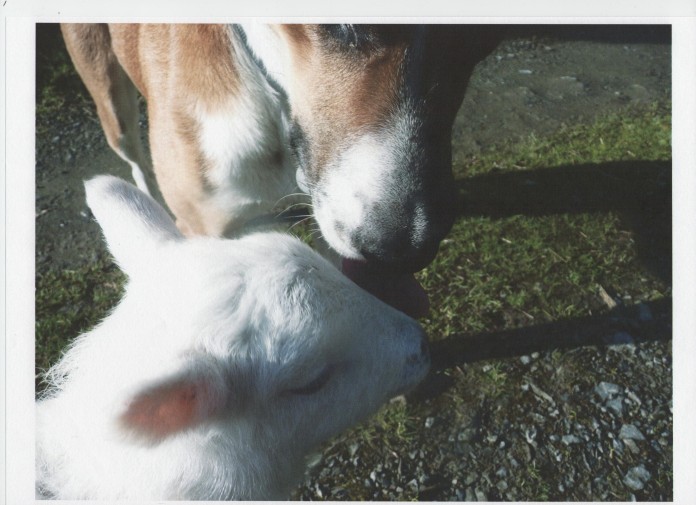 Here she is a few weeks later and a lot more confident.

Queen of her domain.

She has had ten lambs of her own now, always helped into the world by yours truly, (though they never really needed it).  She would always lie as close as she could to the kitchen door and call for her private midwife.  She would make a terrible fuss if I went in for a cup of coffee or a call of nature and when the lamb was almost out I would gently help and present it to Aby.  It reminded me of a cat we used to have who would not have her kittens unless my dad was standing by with sterilized nail scissors.

I’ll save you the slippery, slimy pictures.  All cleaned up next day –note the number one –that’s Mum’s number — she was, after all, our first. 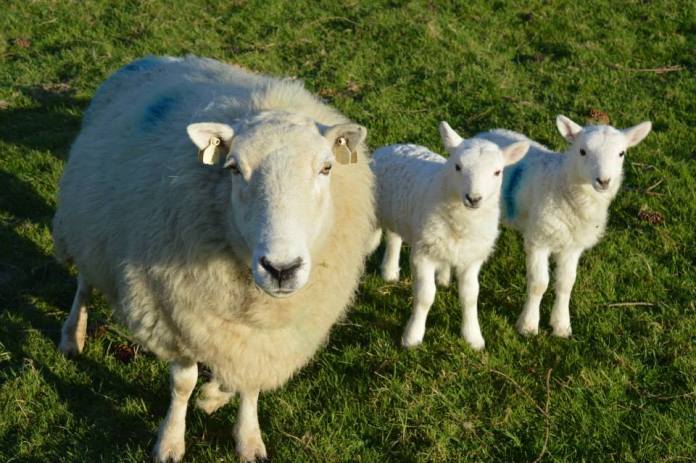 Last October we sold our breeding flock and Aby has retired.  She runs with the new flock that graze our land.

Last week they were to be moved to the farthest field, beyond the woodland.  Now when sheep are faced with a scary predator their instinct is to flock together.  Aby took one look at the enthusiastic sheep dog, a Huntaway bitch, that had come to do the job and she peeled off from the flock and hurtled (she doesn’t hurtle often) towards the sound of Alan’s voice.  She hid with him in the orchard until the job was done and when shepherd and dog came back to the house Aby was standing with Alan in the garden still absolutely confident that when people say “sheep”, they don’t mean her.

She stayed in the garden all night, eating forsythia to which she is rather partial and which had only just recovered from its last assault, and I walked her up to join the other sheep in the morning which she did quite happily but in her own time. 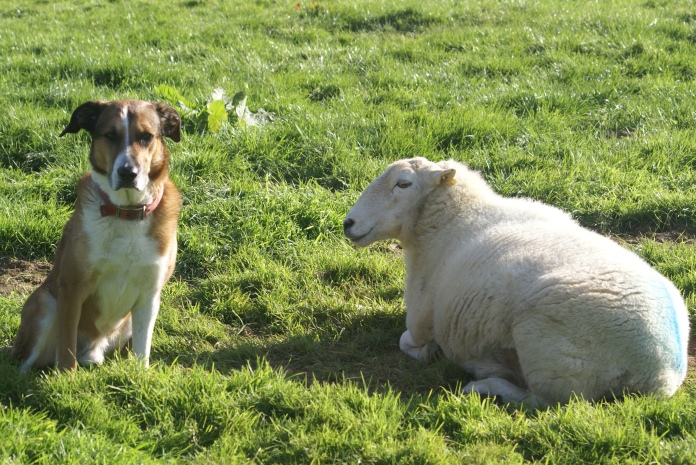 My daughter has got a four-wheel-drive, all terrain baby buggy with off-road tyres.  It’s probably got floatation bags and an electric winch.  When you fold it up and put it in the car (hopefully you have retained all your digits) it can transfer all its mud to the other items of the boot — the travelling cot — the bags for life — the steriliser and all the indispensable baby paraphernalia.

The alternative is to attack it with baby wipes or to run it through the sea or a river ford — then it makes everything wet.

So here’s a thought: