The Windrush Babies is a new book written under the pen-name CB – and yes, it does ring a bell! The Empire Windrush was that boat that brought the first Caribbean immigrants to the UK in 1948 – you’ve seen it on newsreel clips.

I discovered it when I sat next to CB on a long distance bus recently – National Express is a marvellous institution for broadening one’s experience, unlike trains, people talk on buses!

We talked all the way to Birmingham (pity the man behind, trying to sleep) – what an interesting young person (not the man behind). Just before getting off, for the connection to Chester, CB mentioned the book – “it was in my head and I just had to write it – but it’s written now and I’ve put it up on Kindle and we’ll just have to see what happens!”

No launches, real or virtual. No interviews on local radio, no Facebook campaign but it’s out there – on Kindle, which is much easier than I thought – it seemed to be free but I don’t have a Kindle but it didn’t seem to matter – I paid my money (£7) and got a link to the Kindle Cloud on which I clicked and it took me to the right page and I read – simple!

And it’s a simple story, The Windrush Babies, but with a complex and powerful emotional punch. It’s anecdotal, light, amusing but builds to an awful truth. It’s a child’s view, a study of the human cost of migration and never has it been more relevant. Don’t be sniffy about the odd formatting idiosyncrasy or stray comma – feel the narrative.

It is full of contrasts – written with Jamaican dialogue and a scholarly vocabulary. There is blind selfishness rubbing shoulders with the ultimate in self-sacrifice. It is a celebration of family and of mother-love, riddled with foreboding – you really should read it. I would hate it to go un-noticed!

Thanks to UlyssesThirtyOne for the header image entitled ‘When the World is Against You’. (CC BY 2.0) 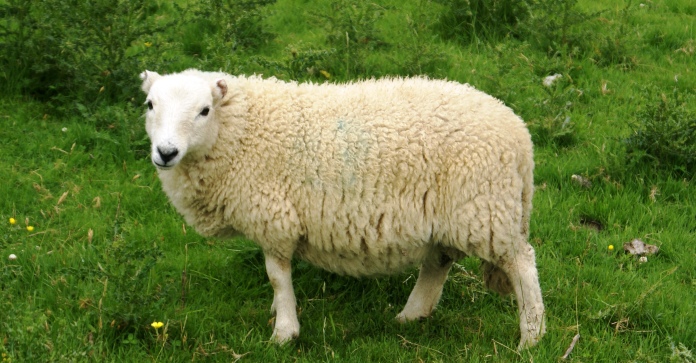 The sheep are sheared and drenched, the lambs are all injected and sprayed for blow fly and lice, and Maa’s been done for horse fly and midgy (she tastes most peculiar) and she’s finished the paperwork (boring), so we’re off out — it must be Summer.

Posing in the sunshine!

Who is quieter and less temperamental than the old one who had to be taken away.  Driven onto the lorry with much slipping, sliding, huffing and puffing of blue smoke — Alan was sad.

But the topper has broken so, while Alan mends it, Maa and I have got to cut all the thistles by hand — that’s why I’ve got to do the blog — Maa’s too stiff!. 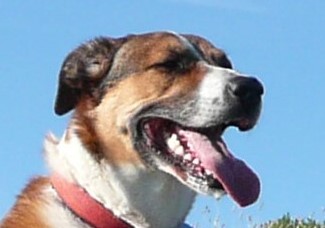