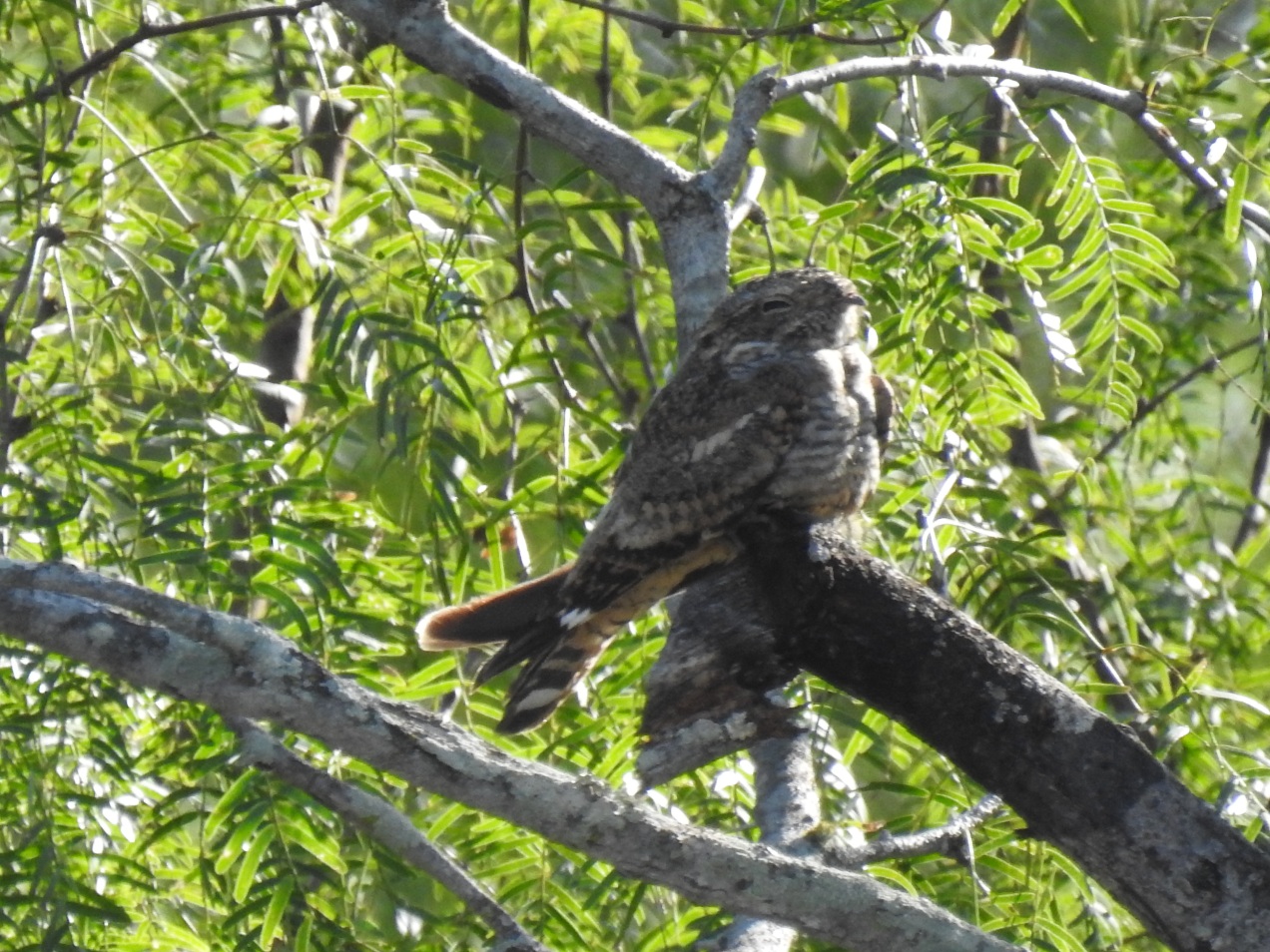 Nightjars (Caprimulgus europaeus) used to be called Goatsuckers because they hung around goats and other domestic animals and as they seemed to do them no harm it was assumed that they fed on the milk of these animals. They do not. They eat insects especially moths that fly at dawn and dusk and sometimes throughout the night.

Maybe they picked the occasional fly from a sleeping mammal but modern pasture hosts far fewer insects than it did now that we Click our stock — spray them with long acting insecticide. If you want to see Nightjars today (or rather tonight) you need to go to the moors or a grazed heath but what they like best is recently felled and re planted conifer forest but you must start by listening. Spotting birds at night is a thankless task but male Nightjars announce themselves with a loud churring — a strange jarring, mechanical sound, each one modulating its chur slightly differently.

The first time I heard one, I was out lambing on a hillside just after dark, I had no idea what it was — I wondered if it was a chain saw up in the woods.

Last week Bill and I went up into the forestry at dusk and listened. True to form, just as we had given up and were wending our way home we heard the first chur. It was from the edge of a newly planted pine plantation around the clear-felled area we call the “Dead Zone”, where the mature pines have been cut leaving stumps and a matrix of dead sticks and broken branches tangled around ditches of stagnant water in a post-apocalyptic landscape. This whole area above our village has sections of pine wood at different stages of growth. As we stood, one bird would fall silent then another further along the margin would take up the call — all along the edge of a new plantation.

Night was falling fast and we headed for home across the Dead Zone, aware that large bats were all around, swooping overhead making a strange eerie sound as they passed close by.

On the longest day we visited again — at 10:15pm we started to be treated to churring from all around the amphitheatre — the felled clearing surrounded by young trees — the midges were biting as the land darkened and the purple hill in the distance seemed to grow against the fading light and the new moon appeared. “Not much chance of seeing one now,” then suddenly a giant swift came out of the dark, right in front of us, looping and swerving after its aerial prey — just a few feet above our heads — not a bat, after all — but a Nightjar!

This secretive, almost mystical bird, is having a come back — its numbers increasing — in the hilltops of Wales, where the forests rich in insect life are felled in rotation opening up the habitat so that these amazing birds can manoeuvre in open skies above the forest floor where they nest and rear two broods before heading back to the Congo, almost invisible as their camouflage is so good. This is an American cousin, very similar, that we almost trod on in Texas — look carefully — can you see him?