When we introduce children to scientific thinking and our reasoning becomes increasingly evidence based, our world becomes more secular and religious concepts begin to seem weird – that is when we humans may be missing a trick.

The French are ahead of us in this: for more than half a century their state education system has been secular so that, for many, religious faith is alien and impossible to fathom, it does not fit into our way of thinking anymore.

This may deprive us of several useful psychological tools.

The concept of an over-arching God, a power greater than ourselves, particularly a beneficent power was very useful. It may have been delusional but it allowed us to relinquish overall responsibility, taking us out of ultimate control. Being in charge is very stressful – all those decisions – having to understand everything and be assertive. It was much easier to have faith in the overall management and just pray – now we are self reliant but full of self doubt.

It is a sort of growing up, a loss of innocence, a loss of humility and a growing sense of our own importance, grinding self-reliance and sneaking insecurity that can be so destructive – it takes us to the Accident and Emergency Department in the middle of the night when by morning we are feeling better.

Other things have contributed – we are empowered and less restrained by gender and class, we are more free-standing, not so much a part of a family or a close supportive community.

We could however acknowledge one overarching power that is not God, but is greater than ourselves – that is the accumulation of human development, knowledge and co-operation. It is the billions of years of natural selection and adaption and one man’s knowledge and understanding, built on that of other men (and women), built on that of all men and women, since the beginning of time – that great pyramid of our achievements. But it’s not a pyramid, is it? It’s an infinite pyramidal mesh – immortal, invisible.  It is wisdom – sounds religious to me! It does sound like something worthy of faith and that is, I think, what we are missing — faith, or rather confidence, in ourselves — in our wider self which is immense.

And we miss the idea of an afterlife which is the ultimate in delayed gratification, of investing ones efforts in long term projects!  The converse which is a finite life without judgement, without a final moral reckoning lays us open to short-termism — live while you can and die happy (only we don’t).  Does this have a negative effect on future generations?  We are not, after all, going to be looking down from Heaven and seeing the consequences of our actions — nor burning in the fires of hell and damnation for the things we did that we knew all along were wrong. 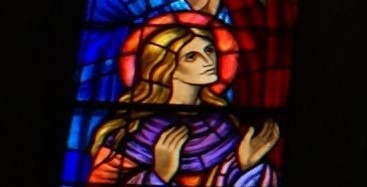 We have to think of our descendants as our afterlife — that’s not too difficult and, believe me, they will judge us!

The Commandments were set in stone — that was the point.  You knew where you are with commandments set in stone, you had a moral compass that avoided constant moral negotiation with oneself — my Mum knew exactly what was right and what was wrong and there was no room for negotiation — no shades of grey.

The irony is that today everyone has protocols for everything except the really important moral dilemmas where a protocol would be really useful.

We wanted to have it our way with our wonderful free will and just like that day where it all started in the Garden of Eden we can’t un-eat the apple.

One thought on “Filling the Spiritual Void — the anxious atheist”