It’s been raining quite a lot.  Between storms I’ve been having a new look at the world.

The stream is swollen and down the valley they complain that the drumming of the river keeps them awake at night.

We’ve moved our flock to higher ground to keep their feet dry and when the low winter sun comes out, which it has been doing quite often, every sheep has a silver lining:

We’ve been making the most of the sunny periods by cutting back the hedge rows so that the grass can grow with more light although we still need shelter for the beasts and privacy for lambing; behind the hedges we’re cutting back  the low branches and brambles that will whip us in the eye and snag us as we give assistance in the spring. 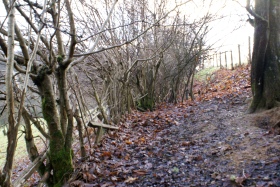 Winter working reveals aspects of the wildlife with which we share this land that are overshadowed or covered at other times of the year. Hover over these pictures for details: 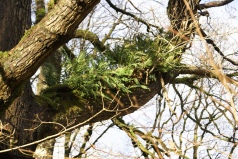 Up in the oak a rain-forest of ferns and moss

Ant hills, a badger has been digging in the middle one.

Rare sighting of mole. Is it still raining?

Today I have been looking in a bit more detail at the moulds and fungi that surround us, if any of you recognise the species I’d love to hear from you – leave a comment.

Any idea what this is

Don’t worry, we won’t eat it

Is this a Grisette

Is this a Grisette – Amanita umbrinolutea 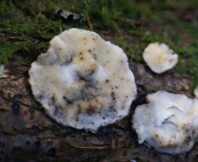 Another mould on dead wood

Here are some mosses and lichen.   After the fall, some of the hawthorn and damson trees reveal so much lichen that they seem to be in blossom!

A whole world can exist on the top of a gatepost! 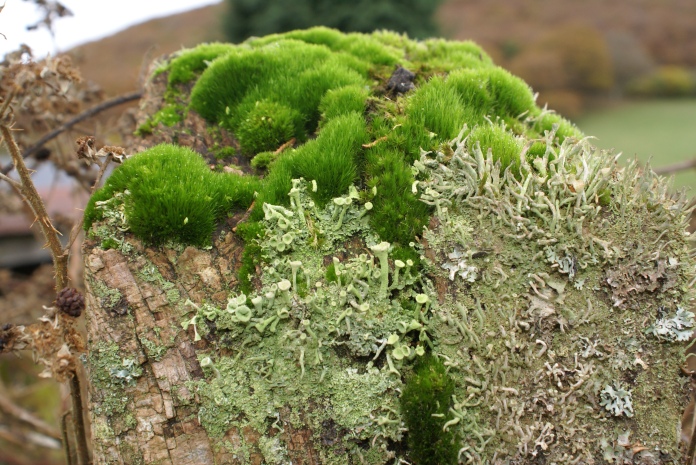 Gatepost with mini rain-forest of lichens and moss

2 thoughts on “New Worlds above the Flood”